Ian Cooke playing at the Cinema Julu multi-media event at the
Dikeou Collection 6.7.08
Posted by Mark Sink at 5:15 PM No comments:

Pioneering Los Angeles photo dealer George Ray Hawkins has been sentenced to a year and a day in prison after pleading guilty to two counts of tax fraud.

On April 25, Judge Dean D. Pregerson of the U.S. District Court, Central District of California, sentenced Hawkins to serve 12 months and one day in prison and pay $35,042 in owed taxes. Hawkins is to begin his sentence on July 25.

"I took a couple of shortcuts and I shouldn't have and it was wrong," Hawkins told PDN in an interview Wednesday. "I stood up, faced it, pled guilty."

In a plea signed August 21, 2006, Hawkins pled guilty to two counts, one knowingly filing incorrect tax returns and another for conspiring to commit tax fraud.

Hawkins also falsified appraisals he prepared for clients that showed donations to charitable institutions. The appraisals allowed clients to benefit from work that Hawkins himself had donated, and let his clients deduct the donated art in the years when they would see the greatest tax benefit.

The documents do not name Hawkins's clients, nor do they say what artwork was involved.

Hawkins was one of Los Angeles's earliest photo art dealers, founding the G Ray Hawkins Gallery in 1975. Hawkins shut the gallery about three years ago and went into private dealing.

Hawkins said he has heard from supportive artists and collectors since his sentencing was announced last month.

"The level of support that's been flowing in since the press release came out is just staggering," he said. "It's given me an incredible feeling of being cared about."

Hawkins said he is looking at his prison sentence "like an adventure" and is continuing to work as a photo dealer in the mean time. He stressed that he continues to serve his community and is active in fundraisers for AIDS research and pediatric cancer research.

"If any of the museums want me to come and talk about gift giving and how it has to be done right, I'd be glad to," he added. 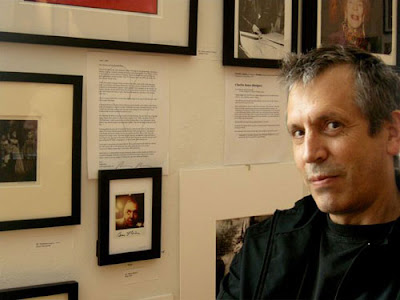