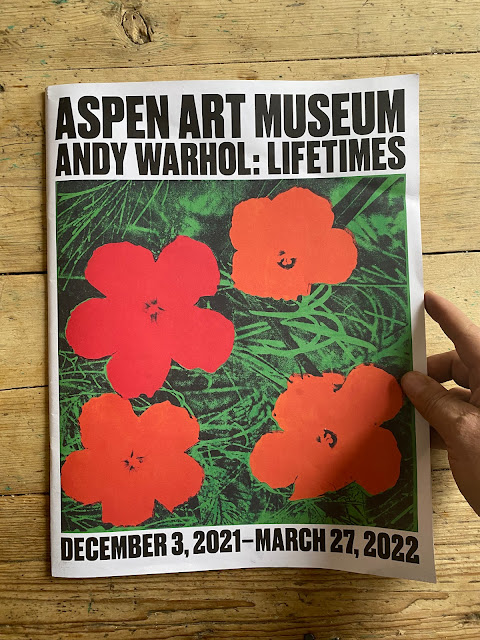 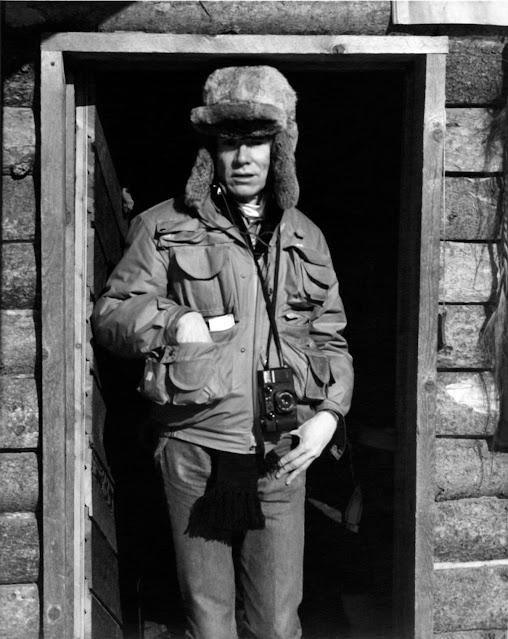 Days before Andy Warhol’s death in February 1987, his friend John Powers sent him a certificate from the Colorado Board of Stock Inspection certifying its approval of Warhol’s personally designed livestock brand: ‘A/W’, with a sideways ‘W’. It was a bittersweet final link in the chain connecting Warhol to Colorado, and specifically to Aspen: one that spanned 30 years, from his earliest days as an exhibiting artist through the height of his fame.

The first record of Warhol in Aspen is in December 1956. Still working in advertising, and just beginning to land gallery shows in Manhattan, he was enjoying early national exposure and would soon have a two-page spread in Life magazine. An exhibition of early blotted line drawings by his friend Patricia Moore was held at Aspen’s Four Seasons Club that winter before touring across the west. Exhibition notes uncovered by Warhol biographer Blake Gopnik — whose voluminous archival research also unearthed the artist’s cattle brand — indicate that the show, which was almost certainly Warhol’s first outside New York, did very badly indeed and that the tour sold almost nothing. One of the few works that did sell, however, went to Elizabeth Paepcke, wife of Aspen city father Walter Paepcke, founder of the Aspen Skiing Company and the Aspen Institute, and originator of the utopian ‘Aspen Idea.’

In 1964, Phyllis Johnson, then resident in Aspen, used the city’s name — ‘a symbol of the freewheeling life’, she believed—for the title of a new publication: Aspen, a pioneering magazine in-a-box. In 1966, it was none other than Warhol who designed Aspen’s third issue. Dubbed ‘the Fab issue’, the contents included a flip book of Warhol’s film Kiss (1963); coverage of an LSD conference in Berkeley, California; a report on local off-grid living; and a 12-card selection of pop and op art paintings from the collection of Carbondale-based collectors John and Kimiko Powers. Among these were works by Willem de Kooning, Jasper Johns, Claes Oldenberg and Warhol’s 200 Campbell Soup Cans (1962), alongside artist interviews and commentary by Powers himself.

Powers remained a champion of Warhol’s work in the decades that followed. His partner, Kimiko, was the subject of one of Warhol’s earliest and best-known society portraits, photo- graphed and first printed in June 1972. Works from their collection will be exhibited at the Powers Art Center in Carbondale this winter, concurrent with ‘Andy Warhol: Lifetimes’ at the Aspen Art Museum. Along with supporting his work, Powers also helped Warhol put together a local land purchase — 40 acres in Missouri Heights—acquired in 1972. (Jasper Johns owned plots adjoining Warhol’s, and Robert Rauschenberg had one too). Warhol told The Aspen Times, in September 1981, that he had come to Aspen ‘many times’ to see his land, but that he had no intention of building on it, as it was ‘too pretty.’ 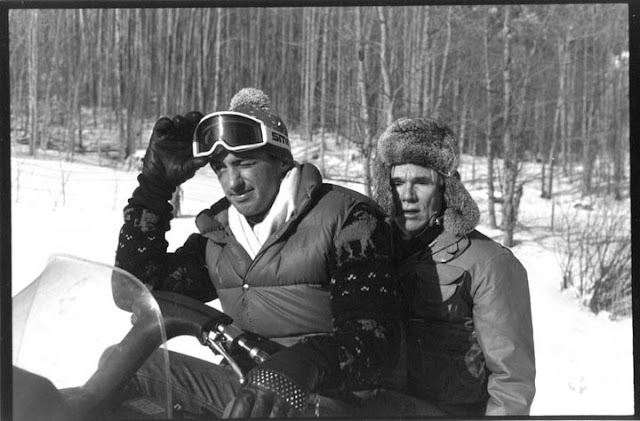 Warhol visited Aspen regularly in the first half of the 1980s, often to celebrate New Year’s Eve, each time diligently logging the names and his impressions of people he met in his diaries. The first trip of this period was in August 1981, when he visited the Powerses in Carbondale and went to Colorado State University in Fort Collins, which was hosting a solo exhibition of his work. Warhol’s retinue included his boyfriend Jon Gould, artist Christopher Makos, Bob Colacello, editor of Warhol’s publication Interview — who found time to personally lobby Carl Bergman, of Carl’s Pharmacy in Aspen, to start carrying the magazine — and the group also called in on two of Aspen’s boldest-faced names of the moment: Jack Nicholson and John Denver. That winter, Warhol returned with Gould, Makos and Denver- based photographer Mark Sink to celebrate New Year’s Eve, staying in Castle Creek Valley at the home of ‘Baby’ Jane Holzer, a former Warhol superstar. During the trip, Warhol made his first attempt to ski. ‘It was easy,’ he wrote in his diary of the Powder Pandas lesson with instructor Gary Bonn, ‘all the two-year-olds skiing with me, and if you start when you’re two you can really go with the waves and relax and become a good skier, but I was so tense. I fell three times.’ Warhol’s Aspen visits became increasingly celebrity-heavy: even in 1981, he noted that visiting the era-defining disco, Andre’s, ‘was like trying to get into Studio 54.’ Indeed, Dean Sobel, professor of art history and museum studies at Denver University, observes in One Hour Ahead: The Avant-Garde in Aspen 1945– 2004 (2004) that Warhol’s visits were ‘strangely symbolic’ of how the town had changed since the mid-1960s, when earnest young pop artists like Roy Lichtenstein and Claes Oldenburg came to Aspen for Powers-sponsored artist residencies. In a recent interview, Sobel added that, by the 1980s, Warhol ‘was still the grandfather of pop art and a really famous person, but he was really more of a People magazine celebrity’. 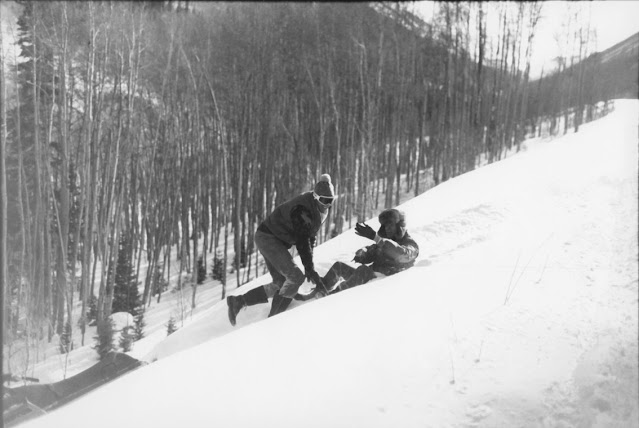 Though this performative aspect to Warhol’s time in Aspen can’t be denied, Gopnik argues that the artist’s Colorado trips can’t be simply reduced to this. Art, he notes, was always at the core of these visits — whether it was time spent with collectors like the Powerses, or the numerous photographs and Polaroids Warhol took of the local landscape and architecture, skiers and après-ski. In Aspen, as ever with Warhol, art, celebrity, life and performance are inseparable. ‘There’s the cliché that Warhol was his own greatest work of art,’ Gopnik said when I interviewed him recently. ‘And that cliché dates back to almost the day he began making Pop art. But it’s more than just a cliché, it’s also a central element in the most important conceptual art of the 1960s on, that you can eliminate the barriers between art and life’.

Andrew Travers is Arts and Culture editor at The Aspen Times.

Photos Mark Sink, use with permission by The Andy Warhol Foundation for the Visual Arts Inc.